The new commissoned concert "Sildrande" had it`s World premiere at Vossajazz on April the 9th.
90 minutes of new music composed by Isungset.
The jazz magazine Down Beat wrote the following:

Isungset has come down off the mountain to create what was possibly the highlight of this year’s fest, in the form of a commissioned work, “Sildrande.” Isungset brought together a fairly all-star grouping of Norwegian players.
A fascinating suite of music that tapped into Norwegian folk, abstracted “free” zones, and a certain naturalistic idealism in sound—identifiably Nordic.

Sunday's best set unwound early in the afternoon, with percussionist Terje Isungset leading a starry ensemble that included Arve Henriksen (trumpet), Morten Qvenild (keyboards), Nils Økland (fiddle) and Mats Eilertsen (bass). Even though they played the specially-commissioned 'Sildrande' piece for around
90 minutes, our attention was constantly gripped, even during the most environmental of openness. Isungset's bass drum fullness reverberated deeply, the twinned Hardanger fiddles bowed with dignified stateliness, and Henriksen revealed a deep desire to plunge his horns into an amplified fishtank, and rattle them around, always in search of previously unexplored aural possibilities. The conclusion came amid the sound of dripping cave-walls, dispersed around the cinema theatre via surrounding speakers, encouraging a poignant form of meditational contemplation.
Jazz Wise Magazine 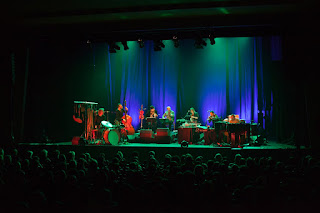 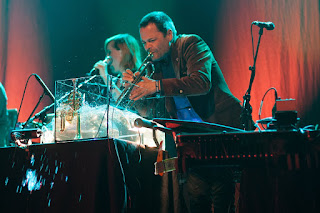 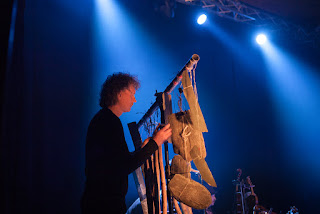 Some photos by Mats Eilertsen: 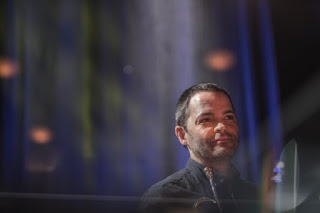 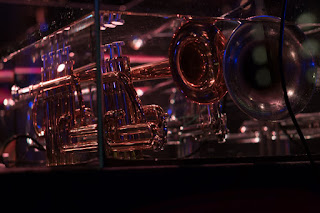 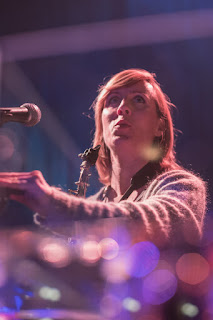 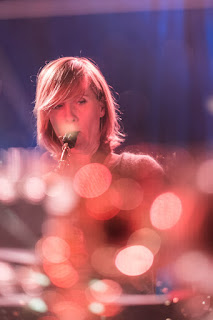 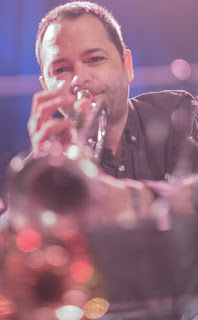 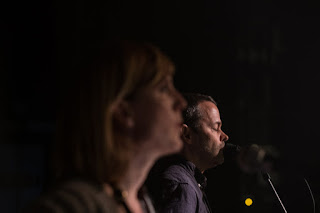 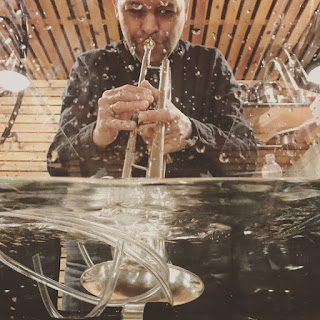 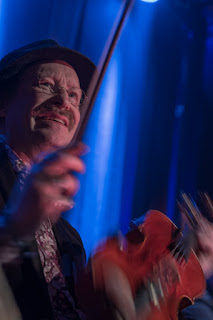 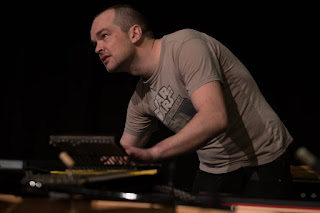 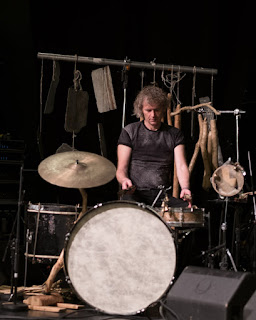 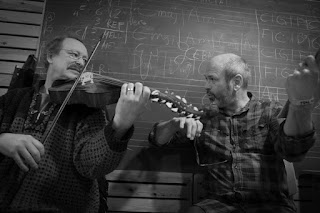